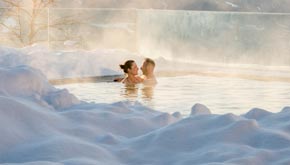 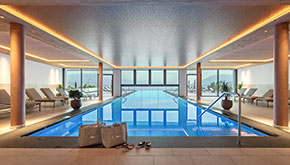 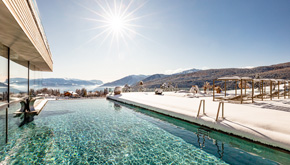 GO TO WEBSITE
You are here: Nature &
Culture | Dolomites

The Dolomites of South Tyrol

The Dolomites in Val Pusteria, South Tyrol are worldwide unique. You can find them just here in the alps and to be exact, you can find them just between South Tyrol, Trentino and the Italian provinces of Belluno, Udine and Pordenone. Created from shells, corals, algae and other chalky sedimentary rocks, the mountains were shaped by the clash of the European and African continental plate and pushed to over 3000 m heights. Until 20 million years ago, the whole Dolomites region was under water and was made of atolls, like the Bahamas.

The Dolomites gained their name from the Frenchman Déodat de Dolomieu, who was the first that analyzed the rocks in this mountains. The rocks are called the “pale mountains”, according to a legend the mythical residents of this area incorporated the moonlight in the rocks.

The Dolomites of Sesto abut to Val Pusteria to the north, to Valle di Landro to the west and to Valle d’Ansiei to the south. The most famous peaks of the Dolomites of Sesto are the “Tre Cime di Lavaredo”, whose highest peak reaches 2999 m. The Tre Cime di Lavaredo have gained the icon status not just across the Dolomites,  but in the whole South Tyrol and they surprise thanks to their regality. Other important peaks are the Monte Paterno, the Cima Una, the Cima Tre Scarperi and the Cima Nove. In this Dolomites group there are lots of alpine huts, the most famous is surely the Rifugio Antonio Locatelli.

The Dolomites of Braies are delimitated by Val Pusteria to the north, by Val Badia to the south-west and by Valle di Landro to the east. The highest peak is the Croda Rossa d’Ampezzo, with its 3148 meters height. Other famous peaks are the Croda del Becco, the Piccola Croda Rossa, the Picco di Vallandro and the Sasso del Signore. The Dolomites of Braies are traversed by the Braies valley, a small lateral valley of Val Pusteria. The valley of Braies ends with the famous Braies lake, one of the most beautiful of the alpine mountain range. Mentionable and worth to visit is the Prato Piazza, a highland at 2000 meters of height, from where you can enjoy a wonderful sight of the Dolomites of Braies, surrounded by the nature park of Fanes Senes Braies.